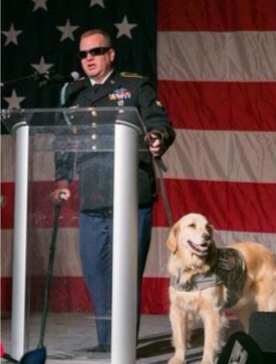 Circumstances: Sgt. Denhardt's company was deployed to Afghanistan in 2012. One month into his tour, he was moved to Bagram, a hot spot for attacks. Eleven days later, two rockets hit their camp, and Sgt. Denhardt was thrown into a shipping container from one of the blasts. Sgt. Denhardt sustained injuries that resulted in a traumatic brain injury, bulging discs in his neck, Post Traumatic Stress Disorder, nerve issues on his left side, and nerve damage to both middle ears. He is rated 100% disabled by the V.A.

Sergeant Denhardt joined the United States Marine Corps in the fall of 1991 and finished his tour in 1995. He met the love of his life, Jennifer, in 2008 and they married in 2010. Jennifer's daughter, Madison, was only two months old when they first met. Sgt. Denhardt's world revolved around both of them and he wanted to provide them with a great future. Since he was passionate about serving our country, he joined the Michigan Army National Guard in 2011 at age 39.

Even through his continuous struggles, Sgt. Denhardt's motto has always been to "Never Give Up!" He has been asked to speak at several events to share his story and to inspire other Veterans struggling with disabilities to keep going. Sgt. Denhardt also participates with the Michigan Warriors Hockey Program (MWHP), which is a 501(c)(3) nonprofit organization created for charitable and recreational activities, namely, providing an educational and developmental hockey program for Disabled Veterans and to participate in volunteer community services. This program welcomes Veterans of any disability or injury and any skill level to join the program and especially encourage those who have never played hockey before to come out and try.

Sgt. Denhardt has a service dog named, Tank. Tank is a mobility assistance, seizure detection and seizure response dog.  Tank can pull Sgt. Denhardt in his wheelchair, help him get up if he falls, and get the phone for him if he needs help. If Sgt. Denhardt becomes unresponsive, Tank goes to the neighbors for help. Tank can also pick up items that Sgt. Denhardt drops, get him something to drink from the fridge, and push handicap door buttons, as well as elevator buttons.  Tank can do many amazing things to help Sgt. Denhardt with his daily needs and his safety.

Sergeant David R. Denhardt, thank you for your service to our country!
We will never, ever forget! 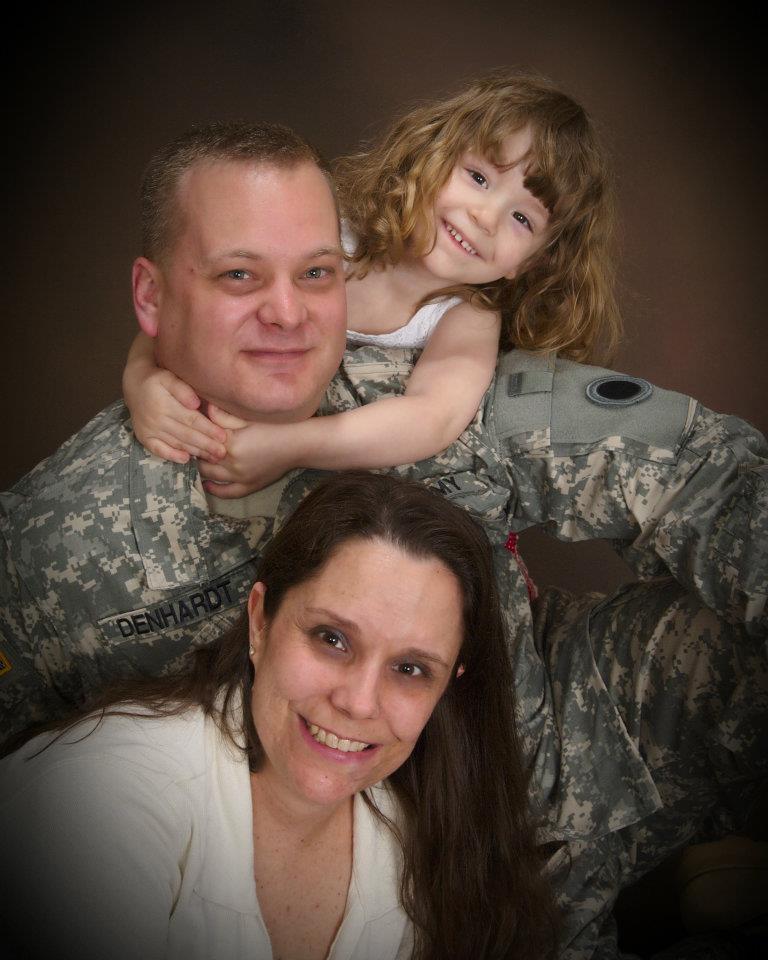 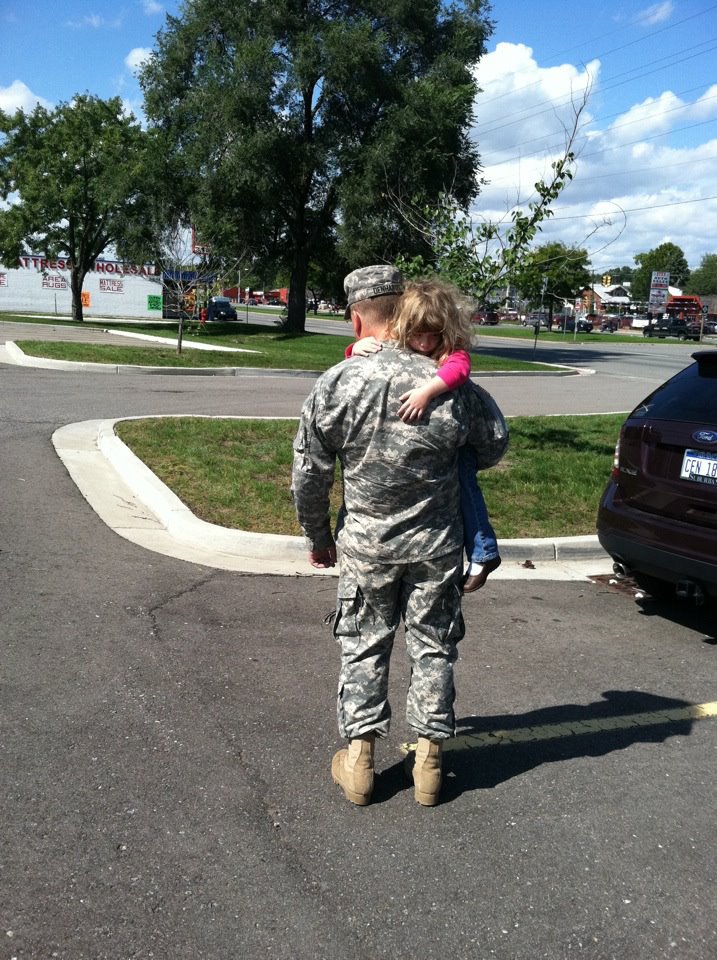 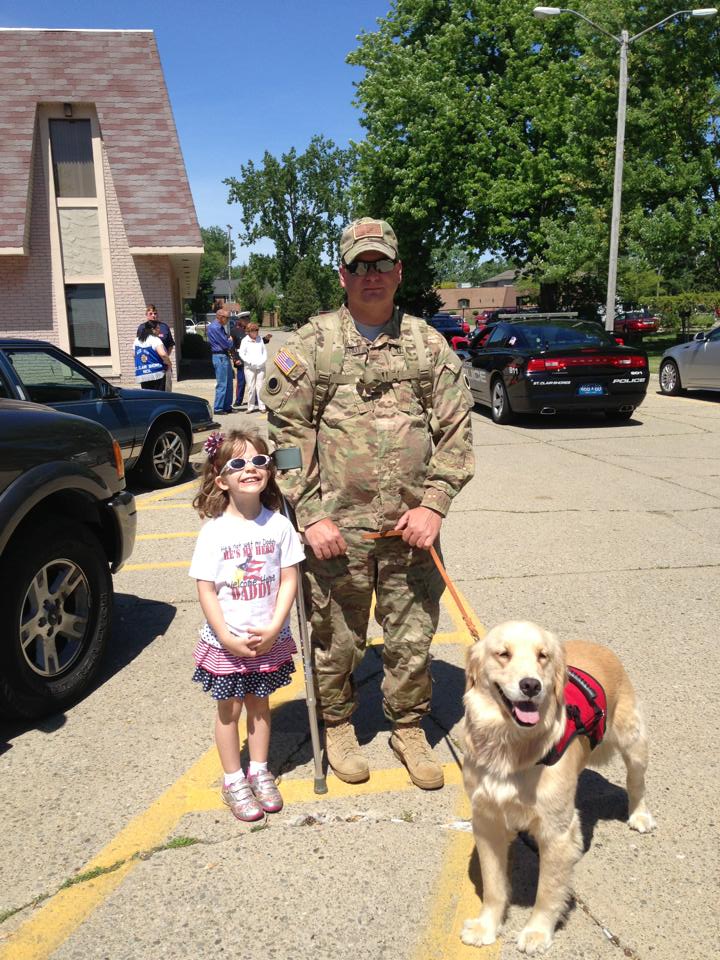 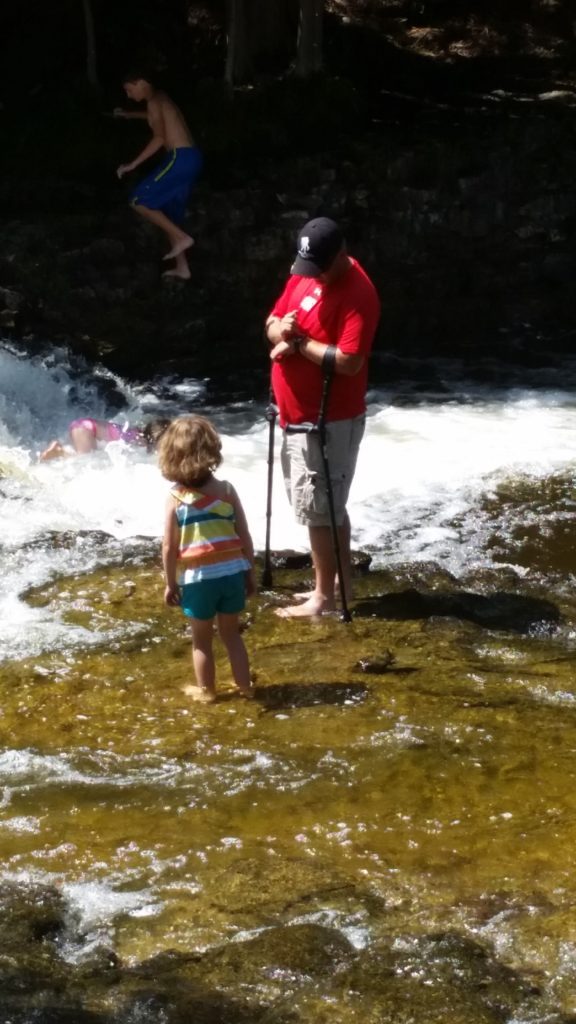 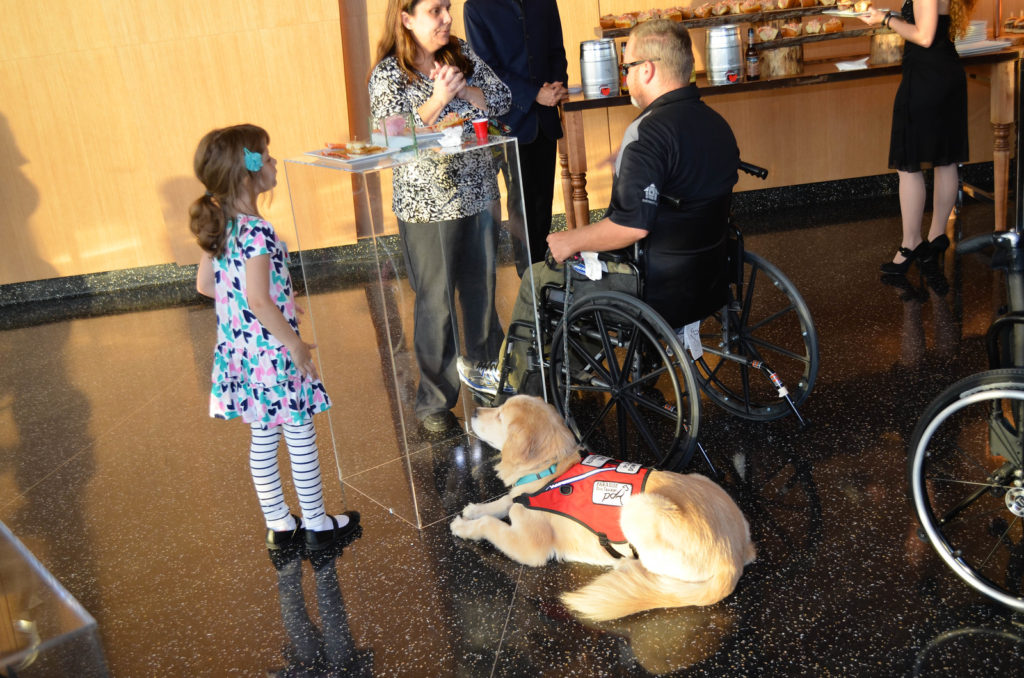 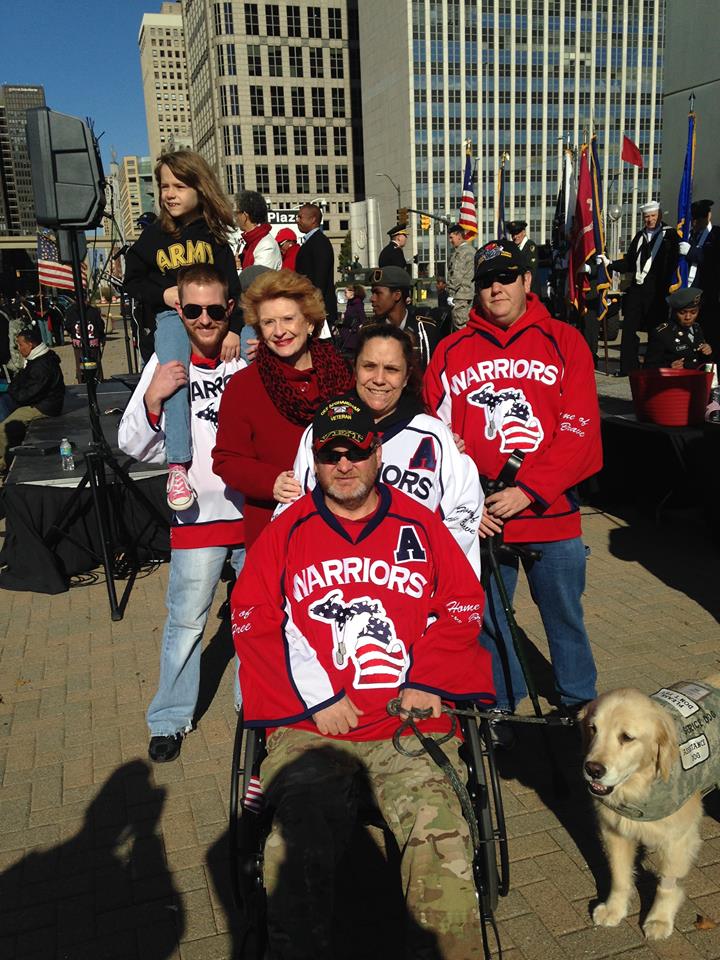 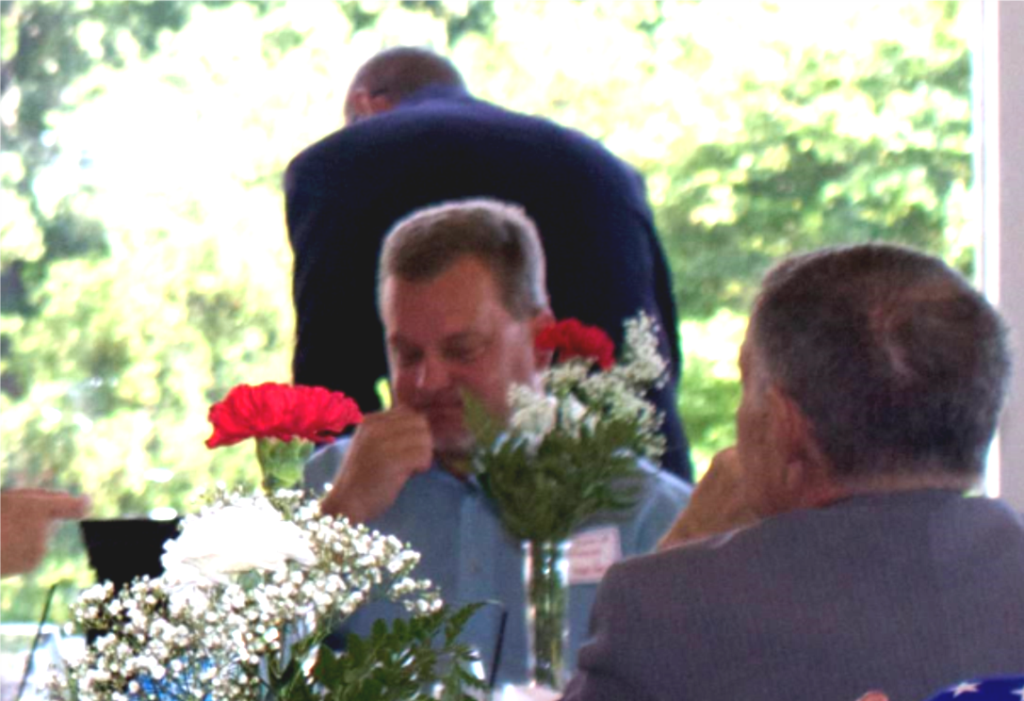 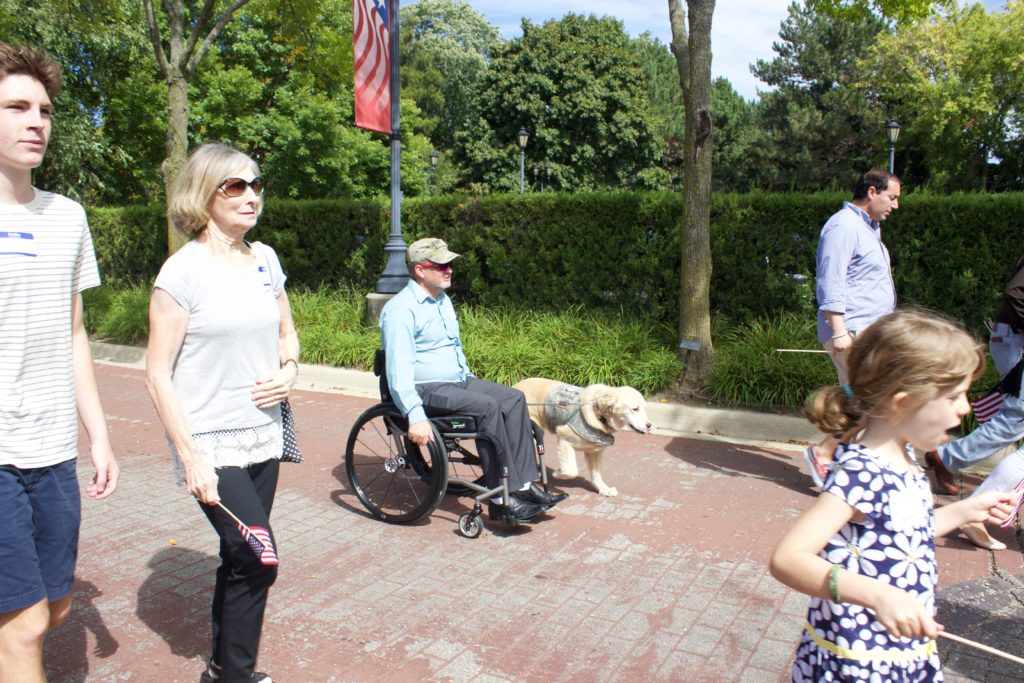 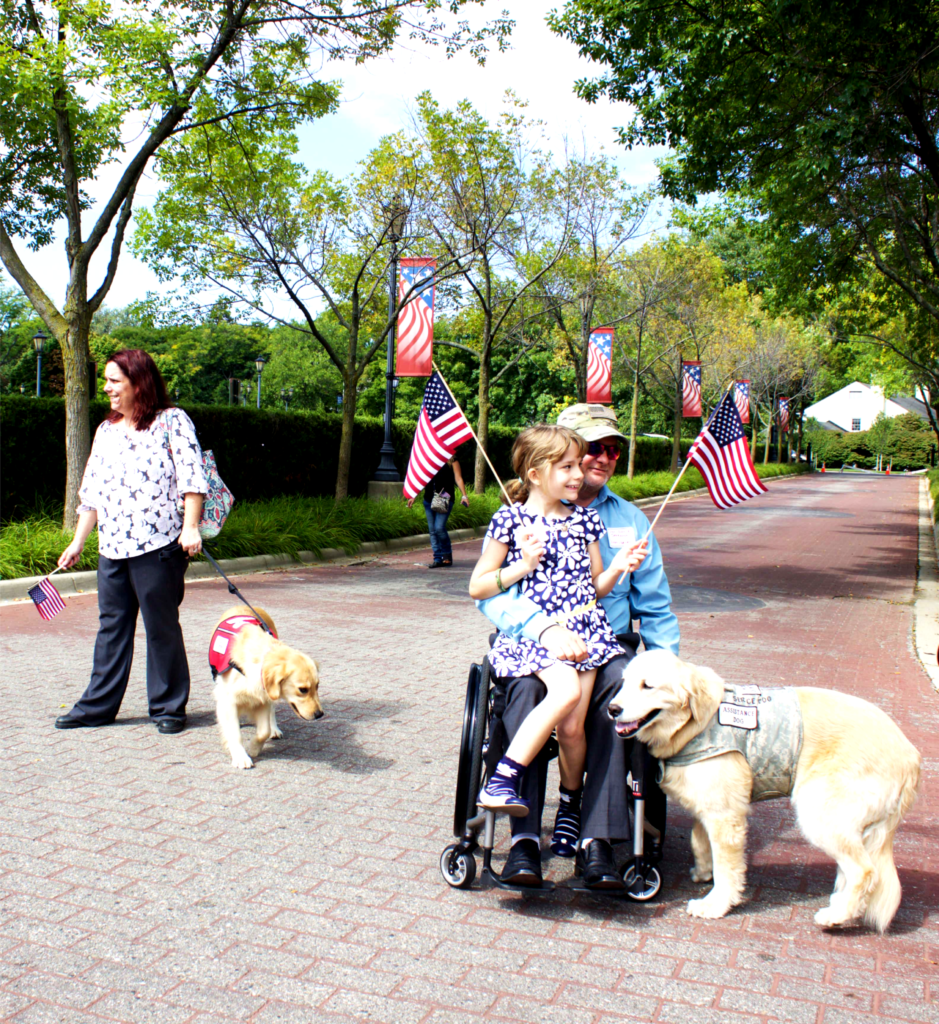 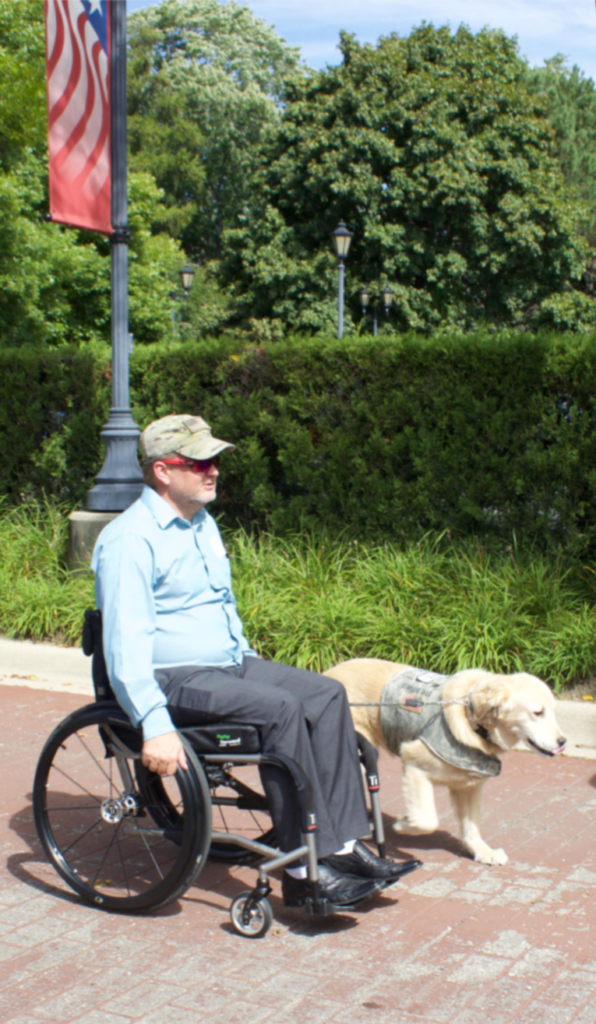 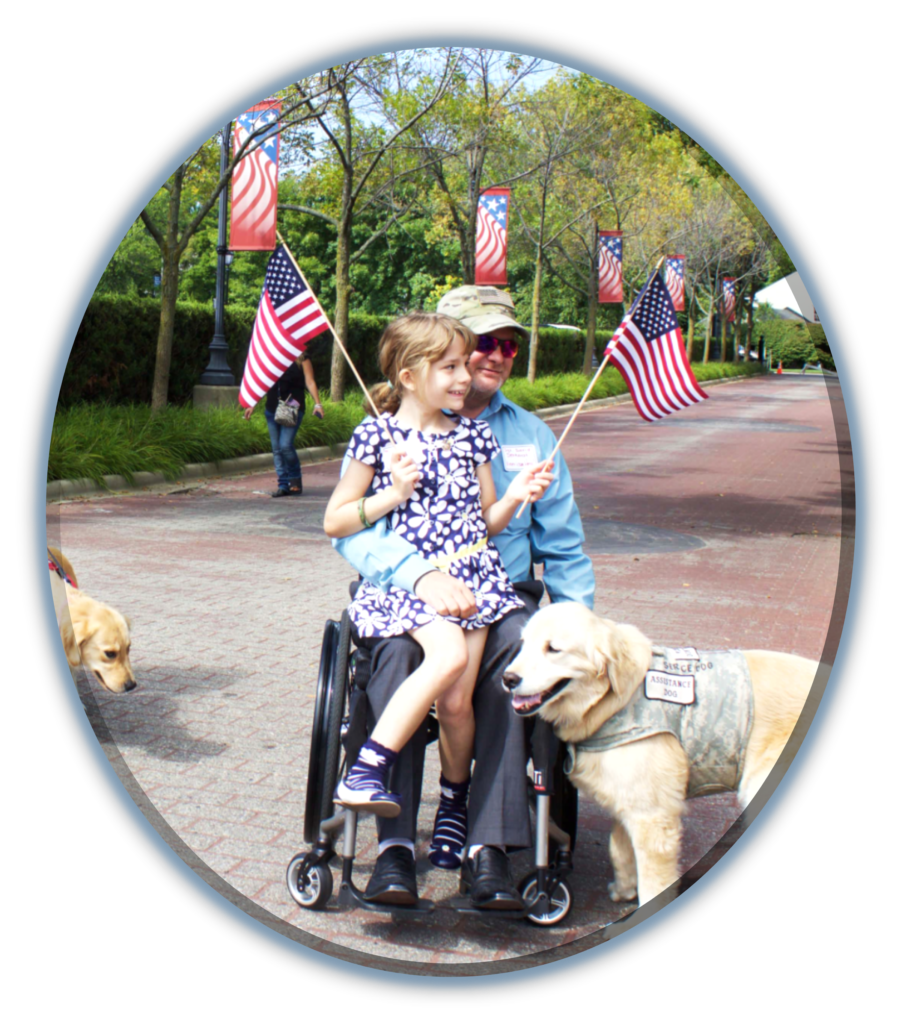