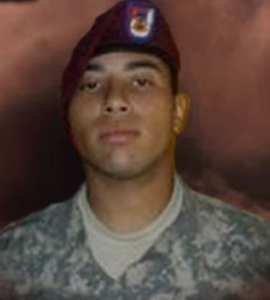 Jordan was a Corporal in the Army and was killed in combat in Afghanistan in 2007.

Jordan Goode spent two years at Kalamazoo Central High School and graduated in 2004 from New City High School.  He enlisted in the Army shortly after graduation and was shipped to Afghanistan in January 2007.

Corporal Goode was assigned to the 4th Squadron, 73rd Cavalry Regiment, 4th Brigade Combat Team, 82nd Airborne Division, at Fort Bragg, North Carolina.  He was a lead driver in a five-truck convoy when a roadside bomb exploded under his vehicle on August 11, 2007.

Corporal Goode left behind his daughter, Amirah, who was awarded the first scholarship from the Willis Foundation in 2009.