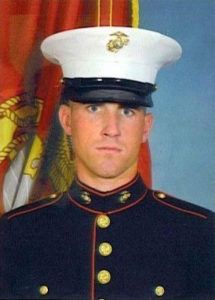 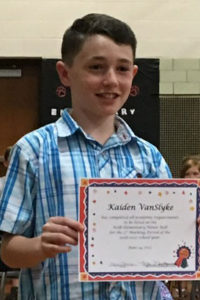 The Willis Foundation 12th annual Warrior Ride showed 20 cyclists participating in the Ride. They rode more than 200 miles in three days to raise funds for the 2017 Scholarship Recipient, Kaiden VanSlyke.  Kaiden is the son of PFC Bufford (“Kenny”) VanSlyke, United States Marine Corps. Kenny was killed in action on February 28, 2007, in Iraq when Kaiden was just an infant. Click here to read more about PFC VanSlyke and his son, Kaiden.

The Ride commenced on Friday, September 15, where the Riders left Kalamazoo and headed to Grand Rapids. On the second day, the Riders left Grand Rapids and completed a Century Ride, a ride of at least 100 miles in 12 hours or less, and finished in Battle Creek. On the third day, Sunday, September 17th, the Riders left Battle Creek after a morning stop at the Fort Custer National Cemetery to pay their respects to Corporal Christopher Kelly Willis and concluded their journey at the Kalamazoo Country Club, where the 2017 Scholarship Reception was held.

If you would like to participate in the 2018 Warrior Ride, please complete this 15-second registration form and we'll respond back to you with further information.